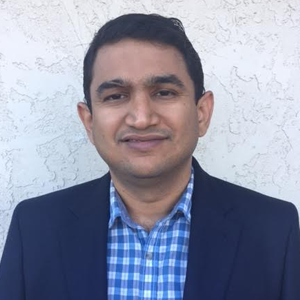 Over the last couple of years there have been major developments witnessed in the web based applications. There are various frameworks and new binary formats emerging in the market that is becoming the language of the browser.

Some of the Web Application trends for 2017 are as follows:

Google AngularJS has matured drastically in the year 2016 and with the advent of version 2.0, platform now takes advantage of JavaScript ES6’s features, applications are written in TypeScript, and they now moved towards a more component driven architecture. With advanced features like better user routing and enhanced minification features this framework is poised to become very powerful for web application development.

A preprocessor essentially takes an arbitrary source file and converts it into something that the browser understands. Preprocessors like CoffeeScript, Typescript and Groovy are becoming more commonplace and will help developers immensely in the coming year. With CSS as output after preprocessing, they are used to add features like CSS variables that otherwise would not exist. SaSS, Less and Stylus are some examples. If Javascript is the intended output, they either compile from a completely different language, or convert a superset or new language standard down to today's standard. Scripting languages like Python or JavaScript were once limited to little projects, but now they’re the foundation for serious work.

​Using machine learning, it is now possible to dynamically create aesthetic sites based on specific user inputs and pre-programmed algorithms

Package managers automates the process of installing, upgrading, configuring, and removing computer programs for a computer's operating system in a consistent manner. With npm, pacman, bower and duo playing a major role in web application packaging, developers will trend towards using its features more and in a variety of automation tasks.

Using tools like Yeoman will help developers to kick start new projects, prescribing best practices and tools to help them stay productive. With a modular architecture that can scale out of the box, these frameworks leverage the success and lessons learned from several open-source communities to ensure the stack developers use is as intelligent as possible. In the case of Yeoman, the Yo tool scaffolds out a new application, writing build configuration (like Gulpfile) and pulling in relevant build tasks and package manager dependencies (like npm) that developers might need for your build.

In future, there could be a trend to make websites look unique. The flat design pattern that has engulfed the web design paradigm has led to a lot of sites looking similar. The web seems to have lost its personality and creativity. Material design is a great move in this direction. AngularJS material is a great framework in this direction. Using features like services, layout and directives most of the material features can be designed. Material design gives more depth to flat design by incorporating light and shadows, while featuring grid-based layouts and responsive animations.

Google, Microsoft and Facebook are releasing their versions of the AI technologies to be used by the public to implement a variety of features. Whether it is improving the quality of the search engines or to identify a pattern or inaccuracy, the AI technology is helping us immensely. Using machine learning, it is now possible to dynamically create aesthetic sites based on specific user inputs and pre-programmed algorithms. It starts with an AI assistant that asks you a series of questions that help it determine the nature of your business and the type of website you are trying to create. Then, based on hundreds of hours of programmed algorithming, it helps determine a correct combination of branding, layout, design and content that helps your website shine.

Web developers will become heavily involved in integration of the web applications with IoT platform APIs from companies like Xively and Buglabs to make the web applications dynamic with live feeds from different sensors and beacons. A web-based user interface for an IoT application needs to be clean, intuitive, and fast. All of the standard usability best practices will be brought to bear when designing the interface, including meaningful feedback, a logical flow, and good user assistance.

With a huge demand for custom animations for web design element, Motion UI has become popular. It is SaSS library from the folks at ZURB for creating custom CSS transitions and animations. A big focus of the library is using transitions to show a change in state, for example, sliding in and out a sidebar on click. This creates more engagement from the client and helps responsiveness.

There has been an increase in the demand for browser based IDEs and that trend will continue to increase as we move ahead. The two things that are common in such IDEs like Cloud IDE or Cloud 9 or jsfiddle is that they do not require any installation and moving from coding to execution is just a few clicks away.

Containers enable developers to manage software code, particularly software developed for cloud apps. Web developers will increasingly use containers as a way to run an application and its dependencies in resource-isolated processes. It helps in easily package an application's code, configurations, and dependencies into easy to use building blocks that deliver environmental consistency, operational efficiency, developer productivity, and version control.

There have been some impressive strides made in the Browser side Computer vision through client side libraries. Using these features developers will be able to real-time color tracking, face detection and camera based features.

Web developers will be increasingly working with ChatBots that will help answer basic questions from customers as well as automate tasks based on specific situations that have been decided in pre-decided algorithms.

The Evolution Of Commercial Office Developments Through Digital Twin